Toronto, ON- Ahead of the Brussels Conference on Supporting the Future of Syria and the region, Syrian doctors have released a new report documenting a major increase in airstrikes on Syrian hospitals and medical facilities in opposition-held areas. The study, issued by the Union of Medical Care and Relief Organizations, examines the conditions of 107 hospitals in northern and southern Syria and reveals that all were hit by airstrikes at least once in 2016 – some as many as 25 times.


“Our report is the most comprehensive of its kind – and its results are shocking,” Dr. Anas Al Kassem, Chairman of UOSSM-Canada said. “We have long suspected Syrian hospitals were deliberate targets of airstrikes – our report confirms this. There is now overwhelming evidence that the targeting of Syrian hospitals is not accidental, but is in fact a deliberate military strategy.  There can no longer be any question:  the parties that control Syria’s skies are deliberately attacking Syria’s medical facilities. Since Article 14 of the Fourth Geneva Convention explicitly names hospitals as protected zones, the 289 attacks on the Syrian Hospitals are war crimes, and the UN is mandated to take actions to stop these attacks now.” He added.

Following the release of the UOSSM report, Syrian doctors are calling on leaders gathering in Brussels to protect Syrian hospitals from indiscriminate airstrikes and to take further measures to ensure sustainable medical access to hard-to-reach and besieged communities.
“As the international community prepares to gather in Brussels, we call on the European Union and it’s members to take urgent action to protect Syria’s medical facilities. If a meaningful political solution is to be achieved, then the flagrant attacks on Syria’s hospitals - like those which occurred throughout this past week - must end and a serious ceasefire must be established. This requires impartial monitoring by the United Nations and credible enforcement - otherwise indiscriminate attacks will continue."

“While hosting our annual conference in Geneva and as we prepared to release our report, a hospital was hit by three airstrikes and rendered inoperable in Kafr Nabel, Idlib. In Hama on 25 March, chemical weapons were dropped from a helicopter, killing a dedicated surgeon while he operated on a patient. These attacks are a stain on all humanity and a shameful reminder of the international community's inaction to protect Syrian medical facilities," Dr. Tawfik Chamaa, President UOSSM-Suisse said.

Key findings of the Syrian Hospitals Surveillance Report:
The full report can be found here.
Note to Editors: UOSSM's report was made possible thanks to the many Syrian medical directorates and organizations active on the ground to save lives. 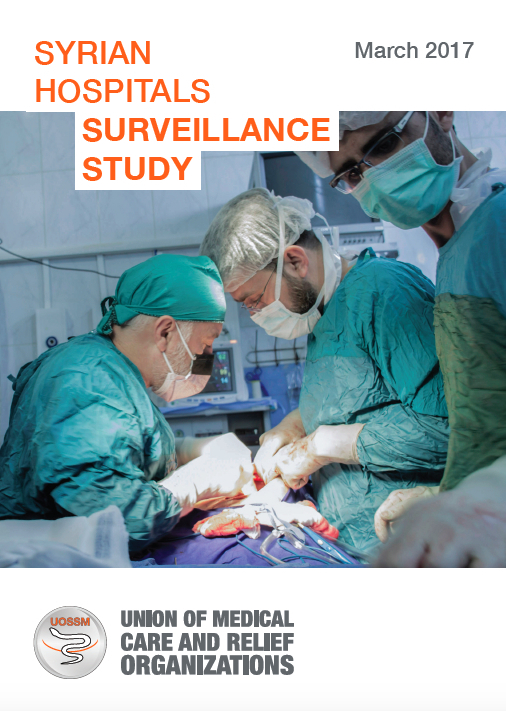